2017 was the year we decided to have the Best Party Ever with our debut package for the Sweet Adeline Australia contest in Perth last May.   After many months of rehearsing, trialling our speaking lines, prose, rhyme and even the odd sight gag, we took to the stage with a gorgeous collection of childrens toys ready to party once our little one was fast asleep.
New to the toybox was the Pirate Queen who didn't quite understand the ettique of the toybox.  While she plotted how to rule this lot into a reasonable crew (for she had been forced to walk the plank before) the Blue Fairy was starting to see that something needed to be said.
The Pirate Queen, while secretly wishing on the Blue Fairy's Star she had taken while the Toy were asleep, longed just to belong in her new Toybox. Alas the Star's power would not work for her until she said she was really sorry!
The Blue Fairy granted her, her wish, and the toys all greated her as she returned the "borrowed" items.   After all "we all go together"


The chorus was thrilled to be awarded the Bravo Audience choice award and really did have the best party ever! 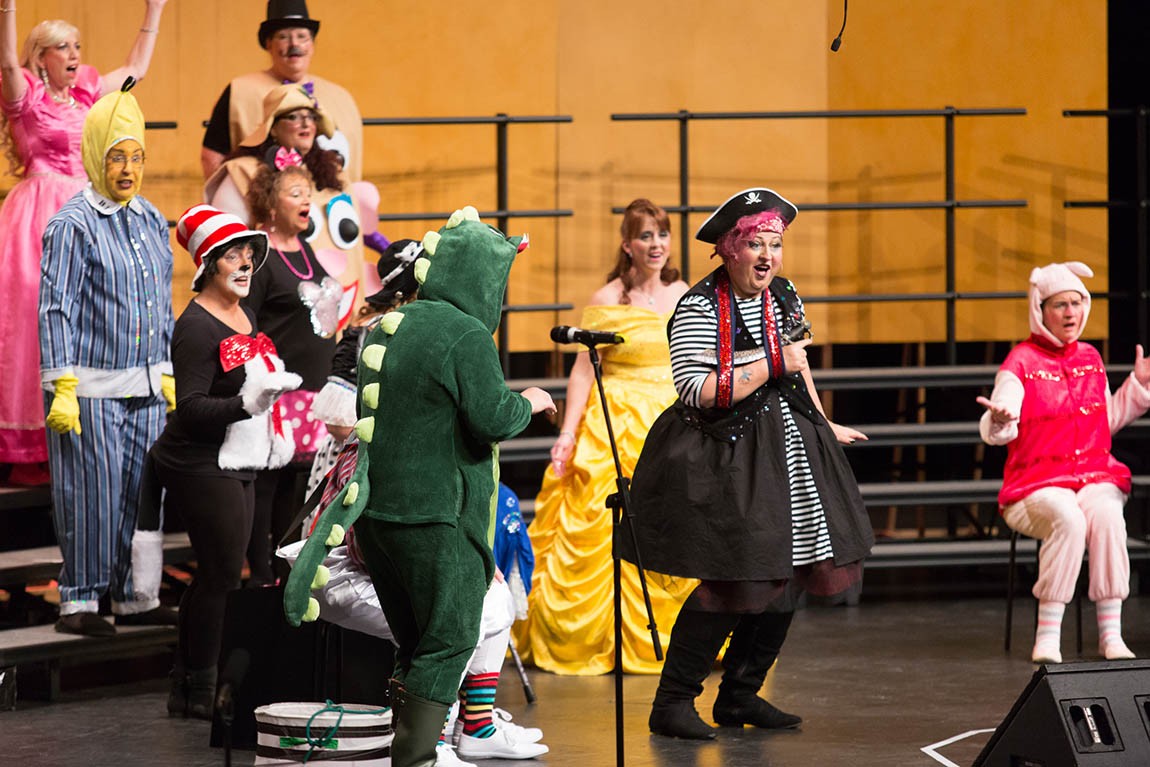